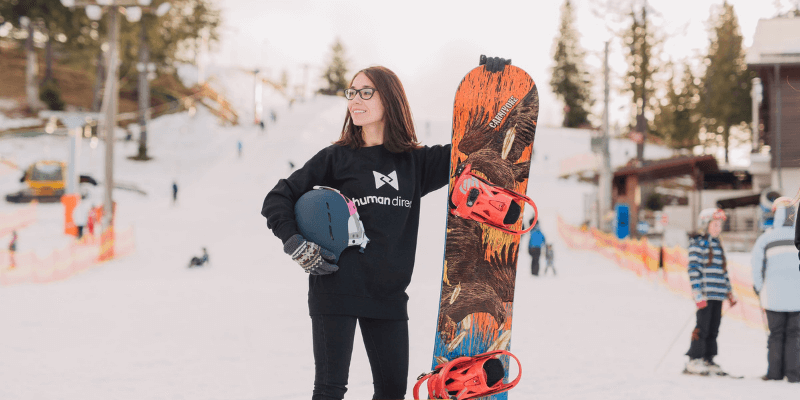 Some aspects of a snowboard are easy to understand. Take the different shapes and sizes of boards, for instance. Other elements aren’t as commonly discussed or known, such as a snowboard’s base.

I’ve been snowboarding for most of my life and am a complete fanatic about the sport. I know how they are built, the construction elements used, and the differences between models and styles.

This post will highlight snowboard bases. I’ll show you the difference between the two main types of bases – extruded and sintered.

The Importance of a Snowboard Base

A snowboard’s base is a crucial aspect of how it will perform on the snow. This is the primary contact point between your board and the snow. Here is where the performance happens, and if you have a poor-quality base, you’ll have a lesser experience on the mountain.

Whether you have a sintered or extruded base doesn’t matter as much as how well you maintain it. You want to ensure that your base is properly waxed and undamaged to give you the best performance.

What is an Extruded Base?

Let’s start by examining how an extruded base is made. Plastic polyethylene pellets are heated up until they melt and then are spread over the entire bottom of the board. Once this material dries, it forms the base of the board.

The melting process makes an extruded base function almost like a single piece of plastic on the bottom of your board. This type of base is known for not being as porous and a sintered base. This means they don’t always hold wax as well.

Extruded bases are somewhat more common because they are easier to make. They also require less maintenance. This is because the melted layer of plastic is very strong and reliable.

You won’t need to worry much about heavy maintenance and upkeep on an extruded base snowboard. This makes them a good option for beginners or anyone who does not ride that many times in a season.

Extruded bases are also cheaper to make than sintered boards, which is another obvious benefit for any boarder on a budget.

Extruded bases are slower than sintered bases. This means you won’t be able to reach as fast of speeds with an extruded base. If you are a beginner, this might not matter much, but for experienced riders, it’s a big deal.

Extruded bases also hold less wax than sintered boards, which also leads to them being slower. These bases also aren’t quite as resistant to scrapes and abrasions, but they are pretty easy to fix yourself.

What is a Sintered Base?

Sintered bases are also made of polyethylene plastic pellets. But instead of melting down the plastic, the base is made by using pressure to compress the plastic into a layer that runs over the length of the board.

The nature of using pressure instead of heat to adhere the plastic together makes the base more porous. This allows it to hold more wax and for increased abrasion resistance.

Most experienced riders prefer a sintered base. They are built to provide a higher-performance experience. A sintered base is also faster than an extruded base, and the difference can be pretty apparent to a highly skilled rider.

Sintered bases can also be more strong a durable if they are well taken care of. With proper amounts of wax and no excess damage, a sintered board will last you for a long time.

Even though sintered bases are preferred by most riders, they still have a few disadvantages. For one, they are going to be more expensive than an extruded base. This is because the manufacturing process is more involved.

Sintered bases also require more maintenance than an extruded board. You will need to wax this type of base more often to ensure it provides top-level performance. This can be difficult if you don’t know how to wax a board yourself.

Here are a few quick answers to some common questions relating to snowboard bases.

How do you know if it’s sintered or extruded base?

What is an extruded snowboard base?

An extruded base is made by melting down a form of plastic called polyethylene and then pressing the melted material over the snowboard base. These bases are usually a little slower and don’t hold wax as well as sintered bases. They are easy to maintain.

What does sintered snowboard mean?

Sintered bases are created by crushing plastic (polyethylene) instead of melting them. Sintered bases are faster and more expensive and are preferred among most snowboarders. They also take more work to maintain.

How often should you wax an extruded base snowboard?

I usually wax an extruded base after five days of riding. If it seems to be slowing down, you might want to wax it every 3rd time. Wax can last longer than this, but if you want the most performance out of your board, it’s a good rule.

No matter which base you have on your snowboard, always remember that properly waxing your board is essential to quality performance. Both sintered and extruded bases still require wax, and sintered models will require more because they are porous. 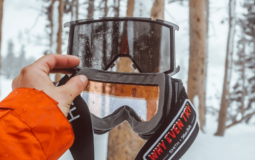 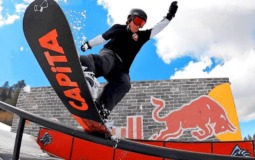 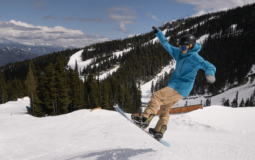 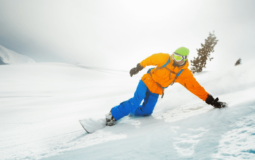 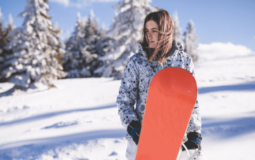 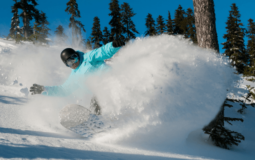 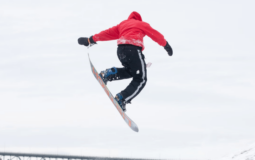 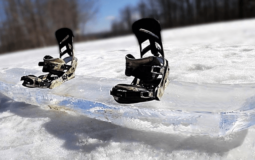 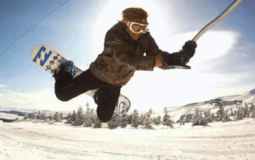 How to Ride a T Bar Ski Lift on a Snowboard 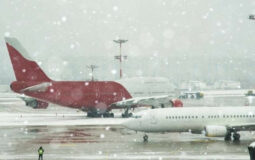 How to Fly with a Snowboard