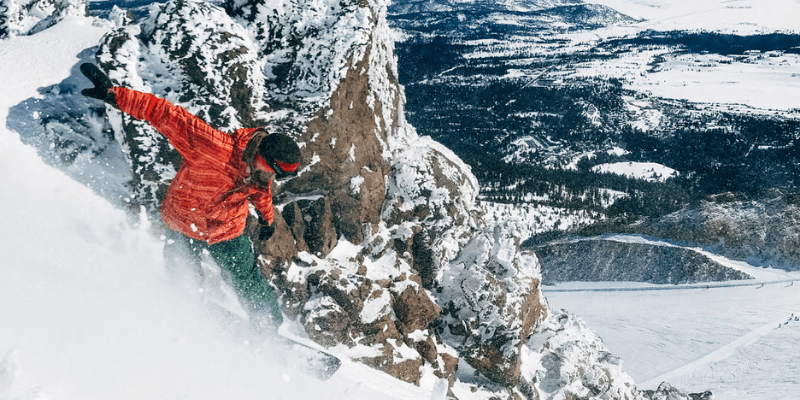 Snowboarders use many slang terms that apply to the sport. Shred is one of these, and it’s common to hear when you are cruising around the mountain. There isn’t an exact reason why they say shred, but it might be because of how you cut through the snow.

I’ve been snowboarding for most of my life, and I love everything about the sport. I’ve been around the mountains long enough to hear just about every slang term imaginable, and I always try to learn where they came from.

This post will attempt to explain why they say shred in snowboarding. Even though there isn’t a clear answer, I’ll provide you with some possibilities and also show you a few other common slang terms.

What is Shred in Snowboarding?

If you are new to snowboarding, you might wonder if you need to learn a second language. There are many different slang terms that snowboarders use, reflecting the unique culture and bond snowboarders of all types have.

“Shredding the Gnar” is one of the most commonly used slang terms to describe snowboarding. This is where shred comes from and the root of the word that most riders refer to when they want to get out on the snow.

But what does shredding the gnar mean exactly? Well, there really isn’t a clear definition. And that’s part of the fun. It captures the unique spirit of snowboarding and describes more of a feeling than anything else.

Shredding the gnar has expanded into many different versions as the sport has progressed over the years.

If a friend wants to see if you want to go snowboarding, they might say, “you want to shred?”

Or if you are excited after having a great day in the snow, you might say, “that was such an epic shred sesh.”

I literally hear a new version of shred or shredding just about every time I’m on the mountain. Keep your ears out, and I’m sure you will too.

There is only one secret you need to know in order to shred. And that’s to get out on the mountain and start having fun!

Shredding is snowboarding. Snowboarding is shredding.

Anyone who straps on a snowboard and heads down the snow is a shredder. It doesn’t matter how good you are or how long you’ve been on the mountain, shredding is for everyone.

Thinking about the many different slang terms involved with snowboarding also brings a smile to my face. It’s pretty amazing to think that the sport was so special to so many people that they started to create unique words to describe the feeling.

So if you want to start shredding, all you need is a board, boots, bindings, some fresh snow, and the stoked spirit that all of us snowboarders bring to the mountain. Simple as that.

Here are a few quick answers to some commonly asked questions relating to why they say shred in snowboarding.

Why is snowboarding called shredding?

Saying shred or shredding while snowboarding comes from the common slang saying, “shredding the gnar.” This term has been used for years to describe the feeling of carving up the snow on your board.

What is shred slang for?

There isn’t one exact translation for shred. It can mean ride, cruise, snowboard, or just about anything else you can come up with. Like any other slang term, it started to be commonly used without much rhyme or reason.

Why do they say Shred the Gnar?

Shred the gnar is one of those sayings that seems to always come up when snowboarding. It describes the stoke involved with snowboarding and reflects snowboarders’ exuberant and somewhat outcast nature.

Shred in snowboarding comes from the phrase “shredding the gnar.” But the word and the phrase it comes from better describe the spirit of the sport than anything else. You don’t need to worry about the exact definition of shred. You just need to get out there and start doing it!