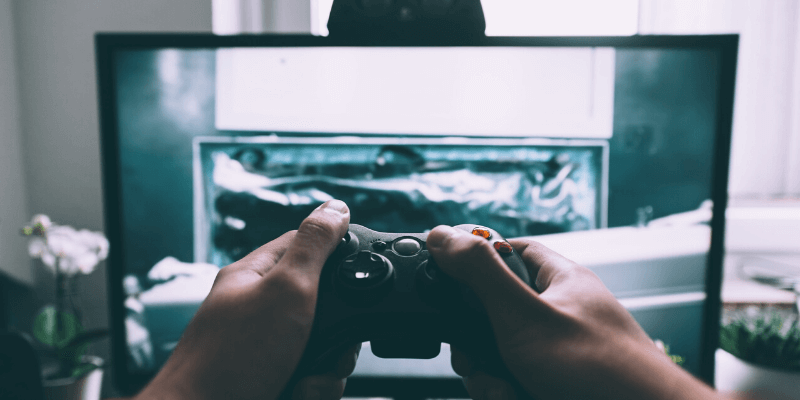 If you can’t go snowboarding sometimes you need to find the next best thing.

Luckily, you can take snowboarding inside thanks to the many great snowboarding games that have been released over the years.

My name is Lorraine, and I’m a certified snowboard instructor. There are some options out there so let’s take a closer look at some of the best snowboarding games to ever come out.

If you’re looking for one of the most recent and polished snowboarding games to hit the market, you need to check out Steep.

Released in 2016 for Windows, Xbox One, and PS4, Steep looks incredible visually and plays just as well. You have many playing options in this game, from free-roaming incredible hills to racing competitively against players from around the world.

The game is perfect for all types of extreme sports lovers as it features things like skiing and wingsuit gliding, as well. The look of the game, how it runs and the variation in how you can play all make this a superb choice for the current generation of consoles.

While the gameplay mechanics aren’t as polished as newer games, there are few games that can tap into snowboarding nostalgia better than 1080 Snowboarding.

The game initially came out in 1998 for the Nintendo 64 and was a huge innovation in the space. It included incredible tricks, difficult races, and a variety of other features.

It has a number of interesting characters to choose from, as well as a great split-screen mode to race against your friends and see who’s the best. Without this game, there is no way that the snowboarding video game market is at where it is today.

While this game is not the first in the famous SSX series, it is arguably the most fun. It added a lot of excitement to the first game, and featured some of the most insane tricks of any snowboarding game.

Add that to the included Tricky Meter, and this game was all about getting big air and getting the highest score possible with your tricks.

While the graphics of this 2001 title are nothing special (at least by modern standards), the gameplay still holds up according to many people.

The game is iconic and allowed for a different experience than many snowboarding games on the market at the time it was released. While the game doesn’t have as much depth as some others, there is never a dull moment when you play it.

While it is not the first (or the last) game in the Amped series, it is arguably the most popular. It had a fun career mode and exciting gameplay, but it was the huge area that players could explore that was the crown jewel of this game.

The soundtrack could be customized and many of the characters were real snowboarders, as well.

The game was also one of the very first in the space to offer online races, which many players loved.

All of these exciting and fairly unique features made it one of the best sports games of 2004, and among the best snowboarding games ever.

The 2012 reboot of the SSX series is another snowboarding game that you definitely need to try out. The single-player mode is an epic adventure and there is a wide range of different levels to board.

Not only that, but the game allows you to explore each level in your own way, as you can ride down each course from a variety of different angles.

The list of tricks you can pull off is extensive and the graphics are certainly among the best of any snowboarding game.

While the removal of split-screen multiplayer certainly hurts, there are still a ton of different reasons to give this game a try.

There are some great snowboarding games that have been released over the years that can help you keep the stoke alive even when snow isn’t falling.

Any of the aforementioned snowboarding games are a great way to have some snowboarding fun without having to leave your couch.