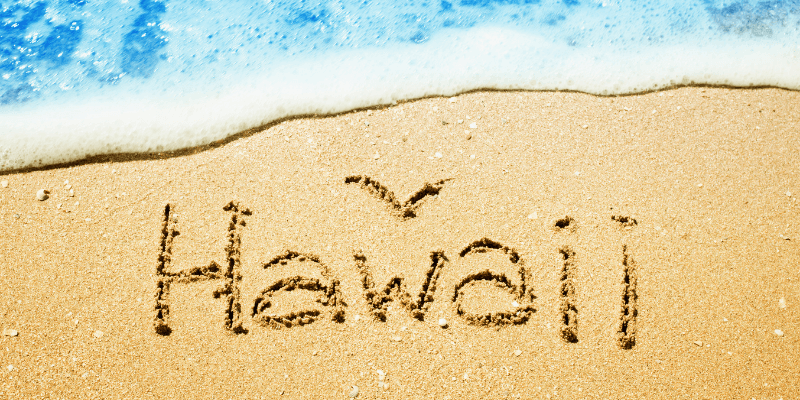 Believe it or not, you can snowboard in Hawaii. There are no ski and snowboard resorts on the islands, but it sometimes snows at the top of the volcanic mountains. If you have gear and are willing to hike, you can catch some fun turns.

I’m a long-time snowboarder who loves everything about the sport. I like to explore new riding opportunities as often as possible, and I’ve researched snowboarding in Hawaii.

This post will explore snowboarding in Hawaii. I’ll tell you where you need to go to find snow in a tropical paradise. I’ll also touch on a few things that make the islands unique from a snowboarder’s perspective.

Most people envision palm trees and white sand beaches when they think of Hawaii. While this is what the islands are best known for, there are actually many different microclimates here, and it can sometimes feel like winter on the highest peaks.

When weather conditions are just right, snow can start falling on the highest point of the Big Island of Hawaii. This peak is called Mauna Kea and holds significant cultural importance for Hawaiians.

Mauna Kea has an elevation of 13,803 feet, which is higher than most ski resorts around the world. That high elevation can lead to extreme weather conditions, and snow happens occasionally.

When the flakes start to stack up, it is possible to snowboard on Mauna Kea. If you have all of your riding gear and a way to get to the top, you will have a fun and exciting experience.

But snowboarding in Hawaii is not your typical resort-like experience. There are no chair lifts, lodges, or other amenities on the top of Mauna Kea. It’s more of a backcountry experience, meaning you need to be self-contained with everything you need ahead of time.

You can drive up to the top of Mauna Kea and then ride down a snow-covered slope. But you’ll need to hike back up the hill or catch a ride with someone else driving up to get back up. If you’re up for some exercise, the experience is more than worth it.

Even though snowboarding is possible in Hawaii, your chances of doing it are limited. It doesn’t snow that much in the islands, even up at the top of the highest mountain. The storms can be unpredictable, so it’s hard to plan a trip based on snowboarding in Hawaii.

It typically only stacks up from a few inches to about a foot when it does snow. So you’re not going to get deep powder conditions as you might on the mainland. But it’s still a fantastic experience that is a good bucket-list activity.

If you want to try to snowboard in Hawaii, your best bet is to visit during the winter months between December and March. But there is still no guarantee that it will snow then. It’s just when the chances for snow increase.

Here are a few quick answers to some of the most commonly asked questions about snowboarding in Hawaii.

What island can you snowboard on in Hawaii?

The Big Island (also known as Hawai’i) is where you can snowboard in Hawaii. This is the island with the tallest Volcanic peaks and where it snows most often. It does snow sometimes on Maui, but usually not enough to ride down.

Are there any ski lifts in Hawaii?

There are no ski lifts in Hawaii. If you want to snowboard here, you’ll need to do it the old school way and hike back up the hill after you ride down. It’s still a fun experience when the snow falls and worth trying out.

Is there snow year round in Hawaii?

There is not snow year round in Hawaii. As you might imagine, it only snows every once in a while and typically during the winter months. But when it does snow on top of Mauna Kea, it can stack up enough to get fresh tracks.

It is possible to snowboard in Hawaii. Snow does fall on the peak of Mauna Kea on the Big Island. But there isn’t year-round snow here, and it can be challenging to plan a trip based around snowboarding alone.