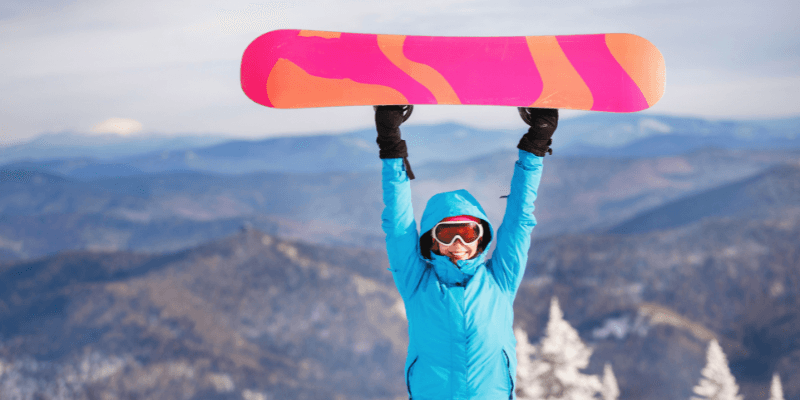 A Jerry in snowboarding is anyone on the mountain who rides like a complete idiot or generally doesn’t seem to know what they are doing on the slopes. It’s a slang term that has different synonyms all over the world to describe the same thing.

I’ve been an avid snowboarder for decades, and I like to ride as often as possible. I’ve seen many types of riders over the years, including more than a fair share of Jerry’s.

This post will explain what a Jerry is in snowboarding. I’ll do my best to explain this term and tell you how you can avoid being a Jerry while you ride.

What is a Jerry?

There are many slang terms used in snowboarding. These help describe all sorts of stuff involved with the sport, from “shredding the gnar” to “hitting pow” to any other random and unfamiliar words or phrases you hear on the slopes.

Jerry is a commonly used slang term to describe a snowboarder who doesn’t have any skills or experience on the mountain. It doesn’t quite translate to beginner, and more directly means a beginner who obviously doesn’t know what they are doing.

The term is a bit of an insult but in a kind-hearted way. I mean, it’s better than calling a newbie an idiot, right? If you are a new rider, there’s a good chance you might be called a Jerry by other riders, especially if you are trying to do something out of your ability level.

Depending on where you live or go snowboarding, you might hear different terms for Jerry. Sometimes you’ll hear “Joey” or “Gaper,” and these essentially mean the same thing – a snowboarder who doesn’t know what they are doing.

We all have Jerry moments, so don’t worry if you think you might fall into that category of snowboarder. I’ve been snowboarding for decades, and sometimes I pull and “Jerry move,” and my friends definitely let me know about it.

How to Not Be a Jerry

There is a difference between being a beginner and being a Jerry. And if you want to avoid becoming a Jerry, it’s important to know what this difference is.

The main thing you should know to not be a Jerry is to ride within your ability level. If you are just learning, you don’t want to go down a double-black diamond run or try to hit the half-pipe in the park. Those are Jerry moves.

You also need to learn the basic etiquette of snowboarding. This means that you need to respect other riders, stay out of the way, and always ride with caution. You won’t be as much of a Jerry if you do this.

And the best way to improve past the Jerry zone is to get out in the snow and ride as often as possible. As your skills improve, the further away from a Jerry you will become.

Here are a few quick answers to some of the most commonly asked questions related to what a Jerry is in snowboarding.

What makes someone a Jerry?

There isn’t an exact set of rules that make someone a Jerry, and you might get called one even if you don’t think you are. But if you don’t know what you are doing on the mountain and try to ride outside of your ability level, that makes you a Jerry.

What is a Joey in snowboarding?

A Joey is the same thing as a Jerry in snowboarding. It’s just a different term used in other parts of the world. A Joey doesn’t know what they are doing on the mountain and rides in a way that reflects a lack of skills and experience.

Where did the term Jerry of the day come from?

The term Jerry of the day comes from a popular Instagram account that shows a different video of a Jerry with each post. These videos make a good example of what a Jerry is if you want to check them out.

We all need to start somewhere as snowboarders. And when you are a beginner, you might get called a Jerry by more experienced riders. Don’t let that keep you from sticking with and improving. Just remember to always ride within your ability levels.