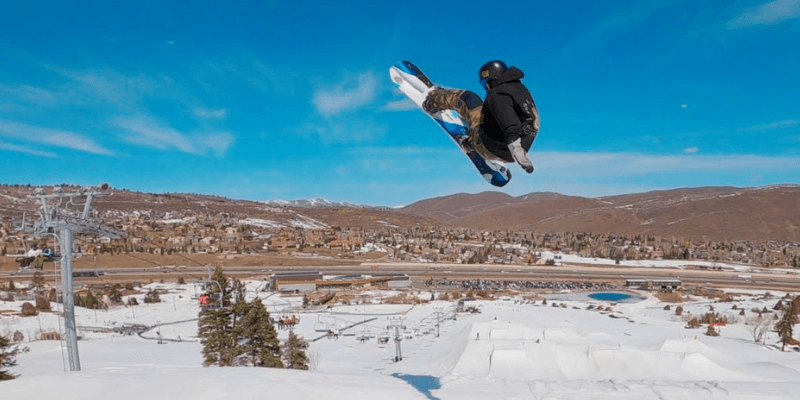 I’m an active snowboarder who loves to get out in the snow as often as possible. I’ve had the chance to snowboard in Utah many times, and I’ve been to Park City.

In this post, I’ll touch on snowboarding in Park City. I’ll give you some tips on where to find the best terrain on the mountain and highlight what makes the resort so special.

Park City is a town in Utah that is well known for having access to some fantastic snowboarding and skiing. Park City is also the commonly used name of a popular resort called Park City Mountain Resort.

Park City Mountain Resort allows snowboarding and is a really fun mountain to ride. It’s a massive resort that gives you access to just about any type of terrain you want to ride, and it also has several terrain parks.

Park City Mountain Resort has allowed snowboarding since 1996, but it was a skier’s only mountain before that. A few resorts in Utah still don’t allow snowboarding, but Park City is not one of them.

The resort has over 7,000 ridable acres, making it one of the largest ski resorts in the US. You can access all of this terrain on 43 lifts, which means there is plenty of room to spread out and get away from the crowds.

Utah skiing, in general, is known for having great snow. There is consistent snow throughout the winter months, leading to a good chance for a powder day if you ride here. And when the snow starts to stack up, you are really in for a treat.

There are two main resorts in the Park City area. Park City Mountain Resort is one of these and the best option for snowboarders because Deer Valley does not allow snowboarders at all. This is a weird rule, but unfortunately, it still exists.

The mountains surrounding Salt Lake City are full of amazing snowboarding opportunities. While Park City is the main center for many of these, there are a number of other great locations nearby.

Snowbird is another excellent skiing and snowboarding resort that is within a short drive from Salt Lake City. And there are several smaller resorts where you can find new terrain to get away from the larger crowds.

If you’ve never been to Utah or the Park City area, I highly recommend putting it on your list. There is just so much area to explore and so much excellent snowboarding to be found here. You could spend several seasons here and still not ride it all.

You’ll also find plenty of amenities and infrastructure that cater to snowboarders and skiers here. Whether you want to find high-end lodging or buy a new board, you’ll have easy access to it all.

Here are a few quick answers to some of the most commonly asked questions relating to snowboarding at Park City.

Where can I ski and snowboard in Park City?

When did Park City allow snowboarding?

Even though Park City Mountain Resort allows snowboarding today, this wasn’t always the case. The resort began allowing riders in 1996, and it was a skiing-only mountain before that time.

Is snowboarding allowed in Utah?

You can snowboard at Park City Mountain Resort, but you can’t snowboard at Deer Valley. These are the two big resorts in the Park City area, which is known for having excellent snow and a ton of great terrain.