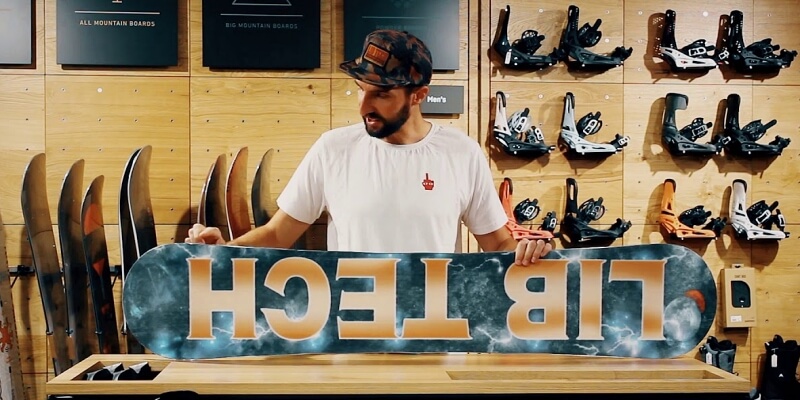 It’s always exciting to get new snowboarding gear. Whether you’re buying your first snowboard or just getting a new one to add to the quiver, the entire purchasing process can be quite fun.

There are a lot of places where you can find a great board, such as your local snowsports shop, an online store, and even from other riders selling their older boards.

Boards can be expensive, but there are many ways to find good boarding deals based on the time of year you make your purchase.

This might sound odd, but I’ve scored some amazing snowboards for serious discounts that were only available because of when I bought them.

My name is Lorraine, and I’m a certified instructor. I’ve been to a lot of places snowboarding. Let’s take a look at the best time to buy a snowboard to help you save some cash and get you out on the snow in style.

The best time to buy a snowboard tends to be well before or after the snow has stopped falling. If you shop around for a new board during the summer months, you can find deals and discounts that you won’t find during the colder parts of the year.

It always pays to shop around, no matter when you’re looking to make a purchase, but doing so during the summer can score you some serious snowboard discounts.

Right after the snow season ends, most people gear up for summer activities. As such, many brands and retailers change up their inventories to accommodate the shift in demand.

They will be looking to move their snowboards and snowboard related gear, which then makes them put it up for sale.

Some outdoor retailers even go as far as hosting annual end-of-season sales where you can find amazing discounts on high-quality boards.

Not every shop will do this, but prices will usually drop as summer approaches.

Look for deals in the late spring to early summer months from April to June. That is the time of year I’ve had the most luck with finding good deals.

Don’t Buy Right Before the Season

Just as right after the season is the best time to buy a snowboard, right before it starts is the worst. Unfortunately, that is when many riders make their purchases.

There’s nothing wrong with purchasing a board right before the season starts, but chances are you will spend a lot more money than you would during other times of the year.

This is once again a result of supply and demand. There’s a rush of riders who want to get geared up for the coming season in late fall and early winter. Retailers will take advantage of that by keeping prices higher so they make more of a profit.

That doesn’t mean they’re trying to rip you off, but it does mean you won’t find as many sales and discounts during that time of the year.

Sometimes retailers will advertise big sales at the beginning of the season. There are some deals to be had here and there, but even though they claim low prices, these start of season sales are never quite as low as the ones at the end of the season.

There’s no rule that applies 100 percent of the time when it comes to the best time to buy a snowboard. While seasonal considerations usually apply, a good deal is a good deal at any time of the year.

I have definitely found the most deals on boards at the end of the season into early summer, but I have also found really good deals during the height of the season as well. It depends where you look and how lucky you get.

If you’re searching for a particular board, I would keep an eye on prices almost all of the time. You might see it come up on sale and if you do, I would make a move.

One of my go-to online retailers for such deals is The House. They offer good prices on all sorts of snowboard, skiing, and outerwear all year round.

If you keep an eye on sites like the one mentioned above, you can get a general idea of what a good discounted price looks like.

Follow the brand that makes your board as well. They will sometimes have good sales on last year’s models and even though they are usually limited in inventory, if you catch it at the right time, you can score big on a brand new board.

Used boards are another option that you can look into. Craigslist is a great resource for used snowboards. I’ve found plenty of boards in good condition for quite cheap there.

Sometimes, I’ll even buy one for cheap and resell it for a profit. You have to shop around and make sure nothing’s wrong with the board, but used is another great way to score a great deal.

There is Never a Bad Time to Buy a Board

The truth is, there’s never a bad time to buy a board. Getting a new board is an amazing experience any day of the week, and the above tips will help you save some money in the process.

However, if budget isn’t a concern, you can also get a new board whenever you want. It’s completely up to you.