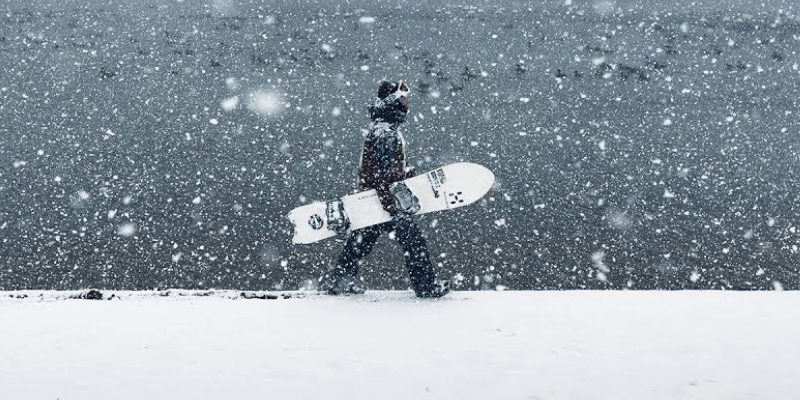 A man can ride a women’s snowboard as long as the board and bindings are a suitable size for that individual. There isn’t much of a difference between snowboards for men and women besides the size and branding.

I’m a lifelong snowboarder, and I love everything about the sport. I’ve ridden many different types of snowboards over the years, and I’ve ridden men’s boards as a woman. I’ve also seen some of my guy friends ride women’s snowboards with no problems.

I’ll tell you why a man can ride a women’s snowboard in this post. I’ll also tell you when this is a bad idea. And then, I’ll touch on some tips to help you find a board and setup that works best for your body size and riding style.

I know that you’ve probably seen a bunch of different men’s and women’s snowboards. And you have probably also bought a model built for whatever gender of rider you are. But there really isn’t that much of a technical difference between them.

Really, it mostly comes down to marketing. The snowboard manufacturers can sell a few more boards when they market different models as a men’s or women’s snowboard. The boards might be similar and just come in different sizes or colors.

Sure, some subtle differences in the design or engineering might be slightly noticeable. But again, that’s more of a marketing ploy. I haven’t seen any of these features that would make a particular board not work for the opposite gender.

A smaller guy should be able to ride a women’s board no problem if the size of the board and bindings are good.

The Importance of Board Sizing

The size of your snowboard is important. It will dictate how the board rides and how you’ll be able to handle it in various conditions. Experienced riders will know what size they like to use, but beginners probably won’t.

If you are just starting, it’s always good to have a snowboard tech or salesperson help you get the best-sized board for your ability level, body size, and riding style. Most beginners will use a smaller snowboard than experience riders of the same size.

You’ll also usually want to use a different size board for different riding styles. Freestyle and park snowboards will be shorter than powder or big mountain options. But each rider will also have individual preferences.

As long as you get a board sized properly for your abilities, body size, and riding style, it doesn’t matter what gender the board is marketed for.

Here are a few quick answers to some of the most commonly asked questions relating to a man riding a women’s snowboard.

Is there a difference between men’s and women’s snowboard bindings?

There isn’t much difference between men’s and women’s snowboard bindings other than size and style. The bindings might be a different color or pattern that caters to a gender, but they are technically built the same way.

Can you put men’s bindings on a women’s board?

Can a woman ride a men’s snowboard?

Yes, a woman can ride a men’s snowboard. As long as the board and bindings are sized appropriately, there is no reason why a men’s board wouldn’t work for a woman. The difference is mainly in size and styling.