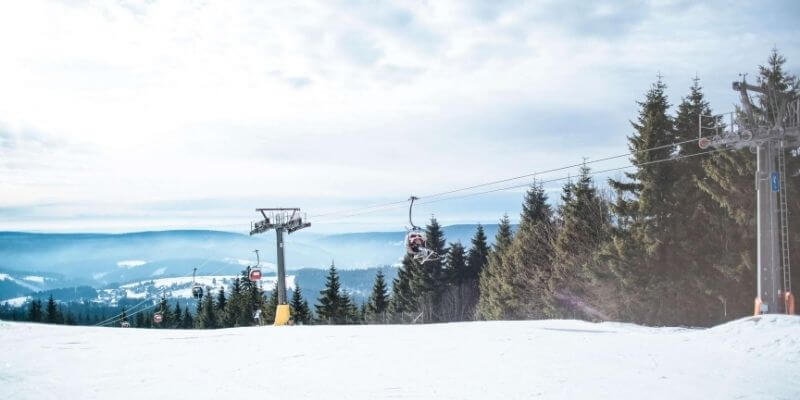 If I had it my way, snowboarding season would never end. I would also order a foot of fresh powder and have no crowds at any of my favorite resorts.

Unfortunately, I don’t have that type of power. Rather, I’m stuck with reality, and in that reality snowboarding season has both a start and an end.

My name is Lorraine, and I’m a certified snowboard instructor. Snowboarding is a seasonal sport. That means, in most cases, you will only be able to ride during the times of the year when there’s a good amount of snow.

That seasonal nature makes a more exciting buildup to opening day, but also creates a bittersweet ending when spring temperatures start to warm things up.

The start and end of the snowboarding season vary from location to location. It is also dependent on a few other factors. We’ll cover those factors in more detail below so you can get yourself prepared and ready to ride.

As I mentioned above, the start and end of the snowboarding season depend on a lot of factors.

In the northern hemisphere, the unofficial start date typically begins around late November.

However, it can start even earlier if there’s enough snow to cover the slopes. Some regions get lucky and can open around Halloween at the end of October.

The season’s end date also varies from region to region.

Mid April is usually when a lot of major resorts start to close down for the year, but some locations that get good snow or that are located on glaciers can stay open well into the summer.

If you live in the southern hemisphere, the months mentioned above will be flipped around by roughly six months.

Factors that Determine the Start & End of the Season

Of course, you need snow to snowboard. That is the main ingredient to look for when calculating when snowboard season starts and ends.

If there isn’t enough snow to cover the slopes, there’s no way to ride on it.

Similarly, in the spring when temperatures heat up and the snow starts to melt, there will come a point where there isn’t enough snow to ride on.

The amount of snow that falls varies from location to location and season to season. Even places that usually see huge amounts of snow can have dry years that result in a shorter season.

However, sometimes more snow than average will fall, and that can extend the season considerably. Mother nature is often in charge of snowboarding season and the dates are left up to her.

Different regions of the world get different amounts of snow. That dictates when and for how long the lifts will stay open. That can be due to local weather patterns, but an even bigger factor is elevation.

The higher in elevation, the longer the winter season and, as a result, a longer snowboarding season.

There’s no exact rule here. A place that sits in the right geographic location might get the benefit of favorable moisture patterns that equate to more consistent snow, even if it sits at a lower elevation.

Even so, higher elevations tend to have longer snowboarding seasons.

In my home state of Colorado, there are certain rules that dictate when resorts must close down.

Such rules are in place because of the leases the resorts have with the Forest Service that ensure wildlife in the area has to access to their natural habitats when the snow starts to melt.

Even if there’s still plenty of snow, sometimes a resort has to close. That’s why there’s a hard date for the end of the season at some major resorts in Colorado. This doesn’t apply to every resort, but many do have strict end dates.

It may seem annoying, but it’s important to remember that wildlife needs to use natural land as well.

If you don’t want your snowboarding season to end, you can try to chase an endless winter. Earth’s different hemispheres have opposite seasons.

That means, if you want to, you can find snow at any time of the year. I’ve never done it myself, but I have had a few friends who have chased powder all over the globe. They skipped summers and lived in an endless winter.

That is obviously only possible if you have the ability to travel frequently, and the money to make it happen.

My friends who did it worked at resorts in Colorado from November to April and then hightailed it to either Australia or Argentina to work at resorts down there.

It seemed like an amazing lifestyle and I was envious. If you’re feeling adventurous and really love to ride, it’s worth considering.

Once you consider all of the above factors, you will have a good idea of when you can first ride and when you can put your winter clothing away.